Warning: Use of undefined constant is_main_site - assumed 'is_main_site' (this will throw an Error in a future version of PHP) in /home/juniormeister/www/tokyoanimegeek/wp-content/plugins/pz-linkcard/pz-linkcard.php on line 902

As people who like animation know, Kyoto is also famous for the sacred places of various animations. This time I will write a report on when I went to Kyoto.

Time and expense to go from Tokyo to Kyoto

On 20th August 2014 we had a trip to combine with the Seichijunrei two days.

It took minutes to go from Tokyo to Kyoto. Because We didn’t reserve a tour pack, it cost us 26160 yen for round trip transportation fee. While traveling We ate the station lantern and watched Kyoto’s anime.

When arriving in Kyoto, we left our luggages in the hotel “Kyoto Royal Hotel & Spa” we had booked and ate lunch.

When you go to Kyoto, I recommend using a city bus or a subway.

When sightseeing in Kyoto, transportation expenses are not cheap. So, when you take a bus or train, we recommend using free pass. If you buy “Kyoto City Subway One-day Free PASS”, you can get on the subway all day for a ride and you will be given preferential treatment. The price of this is 600 yen.

“Kyoto City Bus・Kyoto Bus One-day Pass” is a free pass within the uniform fare section. The price of this is 500 yen.

If you buy both these, you can freely sightsee in Kyoto city.

When you eat Japanese food, let’s eat a Shojin Ryori unique to Kyoto.

Kyoto is dotted with shrines and temples. There is “Shojin Ryori” accordingly.

It is one of the traditional Japanese dishes. ”Shojin Ryori” is a dish made with vegetables, cereals, seaweeds, ligumes,tree nuts and fruits without using meat, fish and shellfish. There are also other rules for in this dish.

As you can see, Shojin Ryori is a dish that can be made with various restrictions, but its taste and arrangement are delicate and beautiful nice Japanese food.

In restaurants where you can eat Shojin Ryori, we recommend “Izusen in Daiji’in”.

It is a tasteful restaurant in the temple called Daitokuji in Kyoto city. You can enter with having to make a reservation. The opening hours of the restaurant are from 11 o’clock to 16 o’clock.

I thought that the inside the restaurant had a taste. ↑ The view seen from inside the restaurant

I ordered “Yuri” which is one of menus. It costed 4320 yen. It was very tasty and looked beautiful. I am very satisfied with the dish. 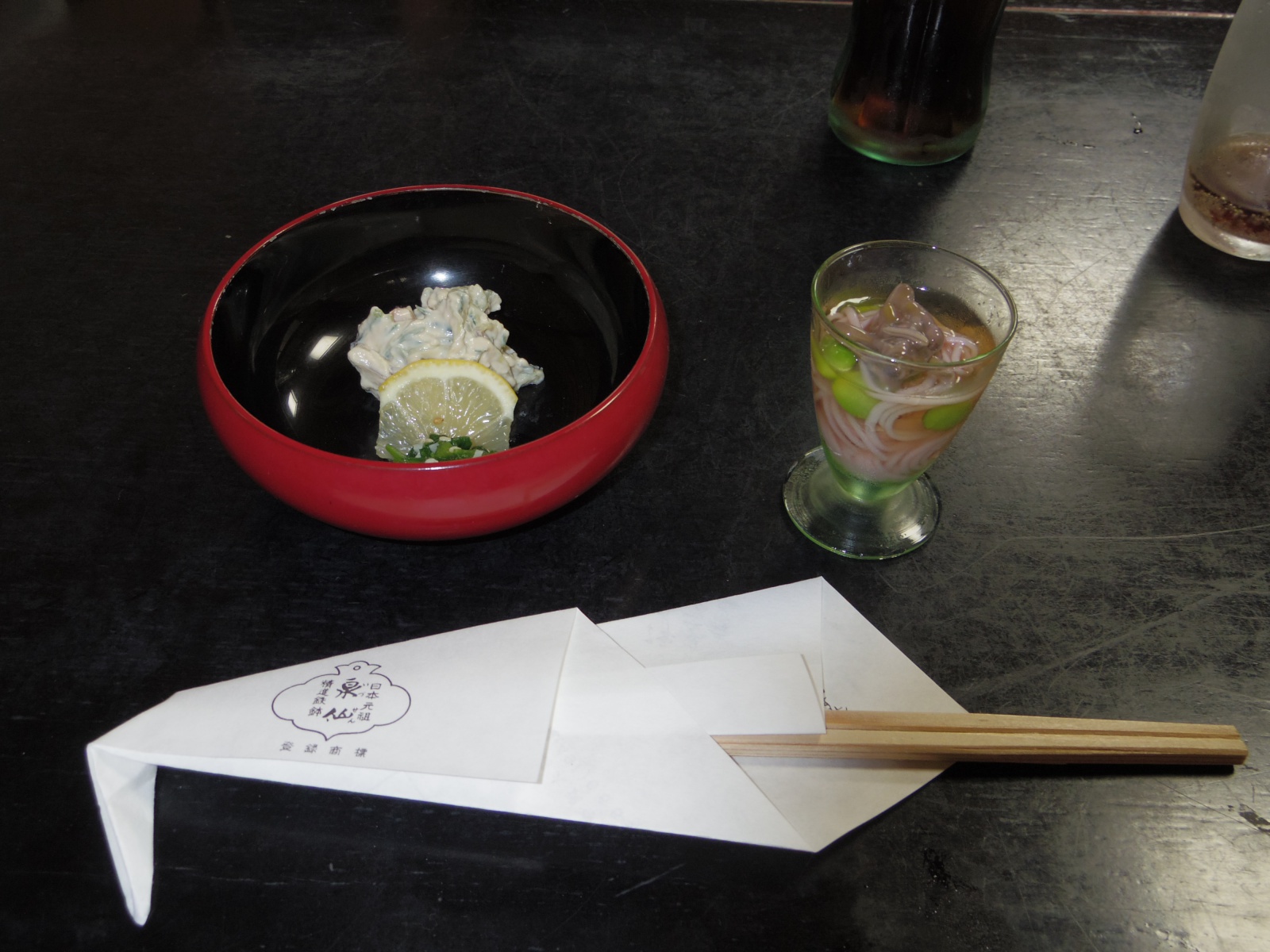 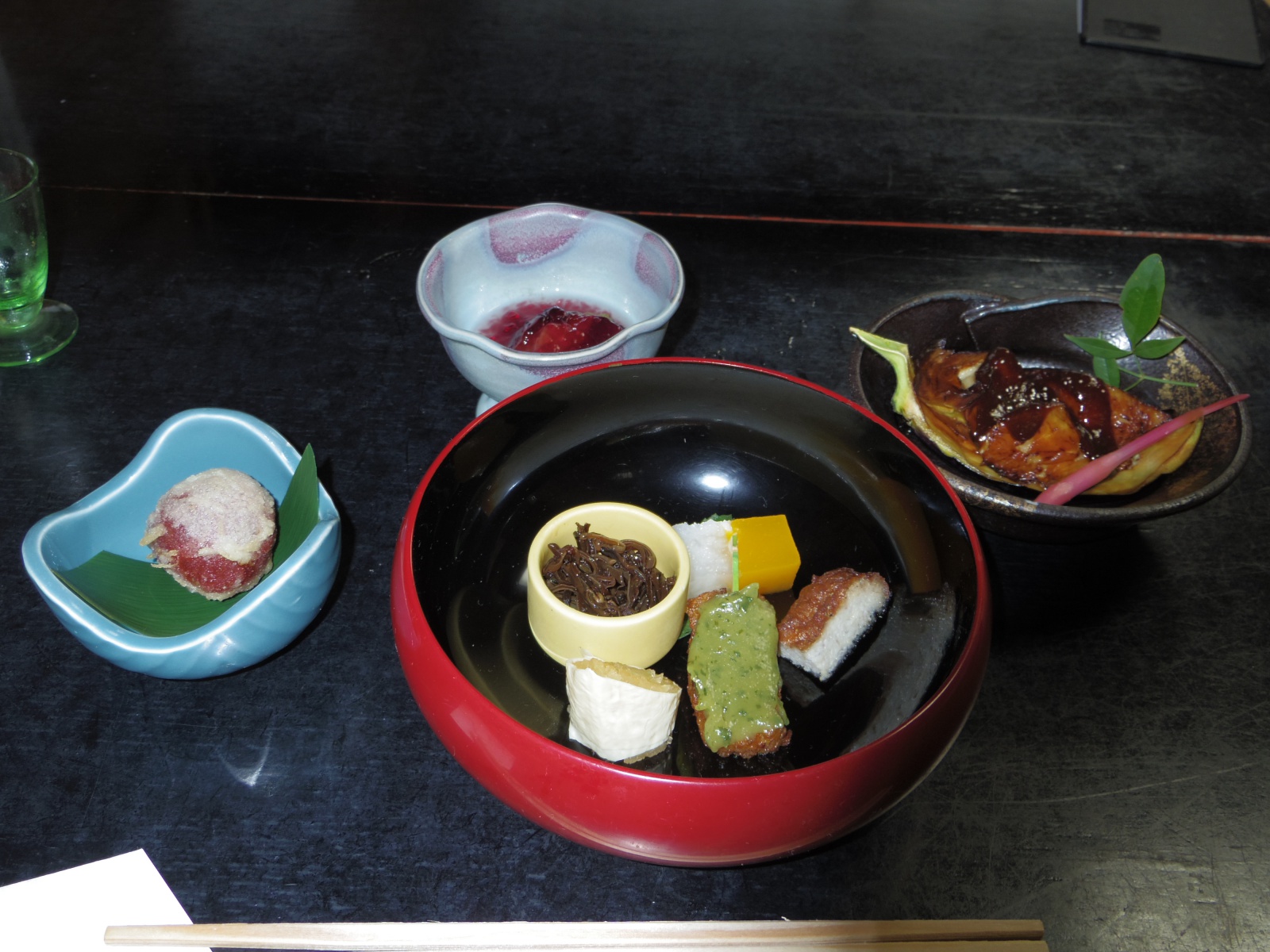 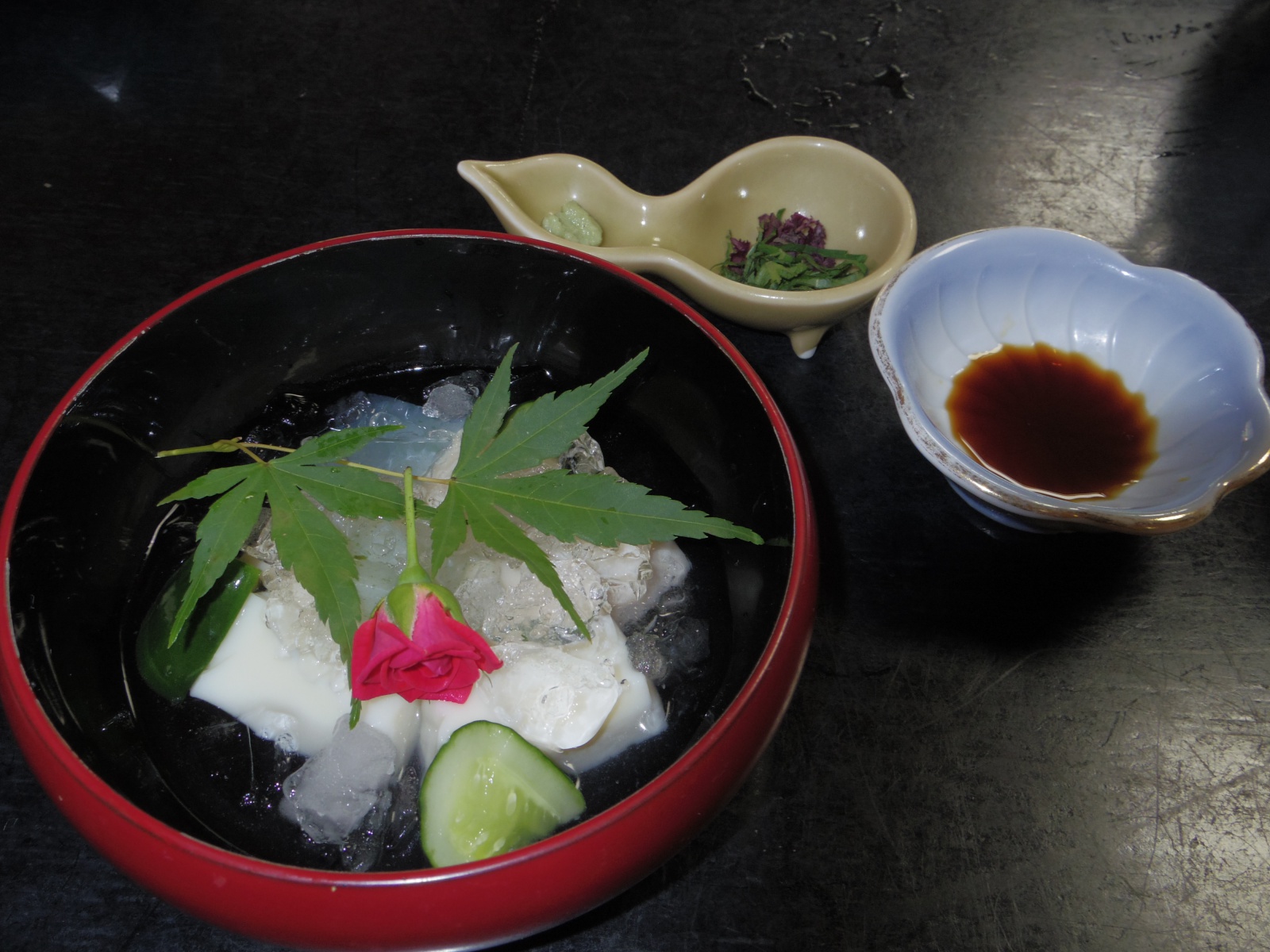 I was really satisfied with the dish.

By the way, I ate a kaiseki dish of Yuba at “Izusen in Murasakino” on lunch for the second day. 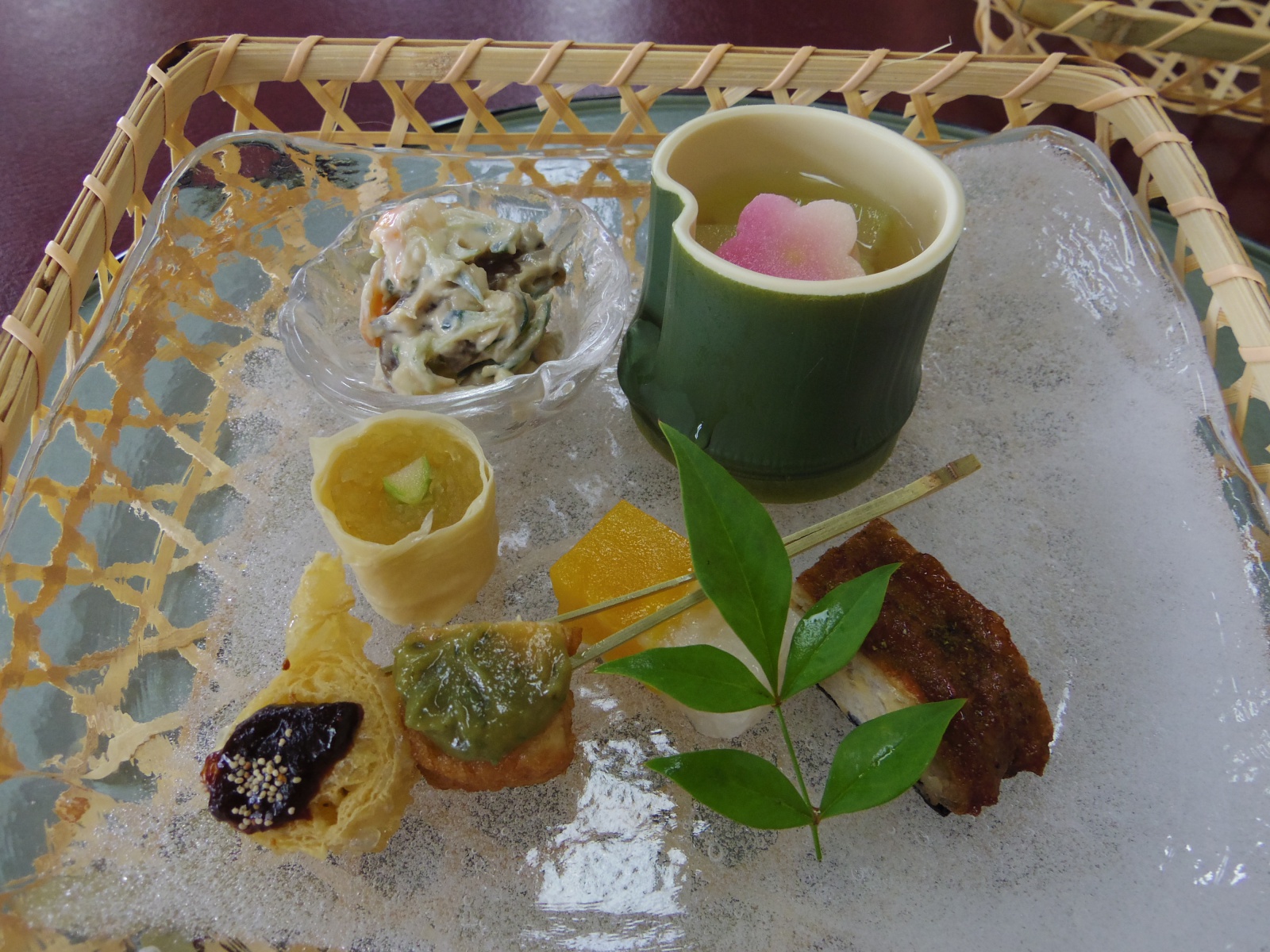 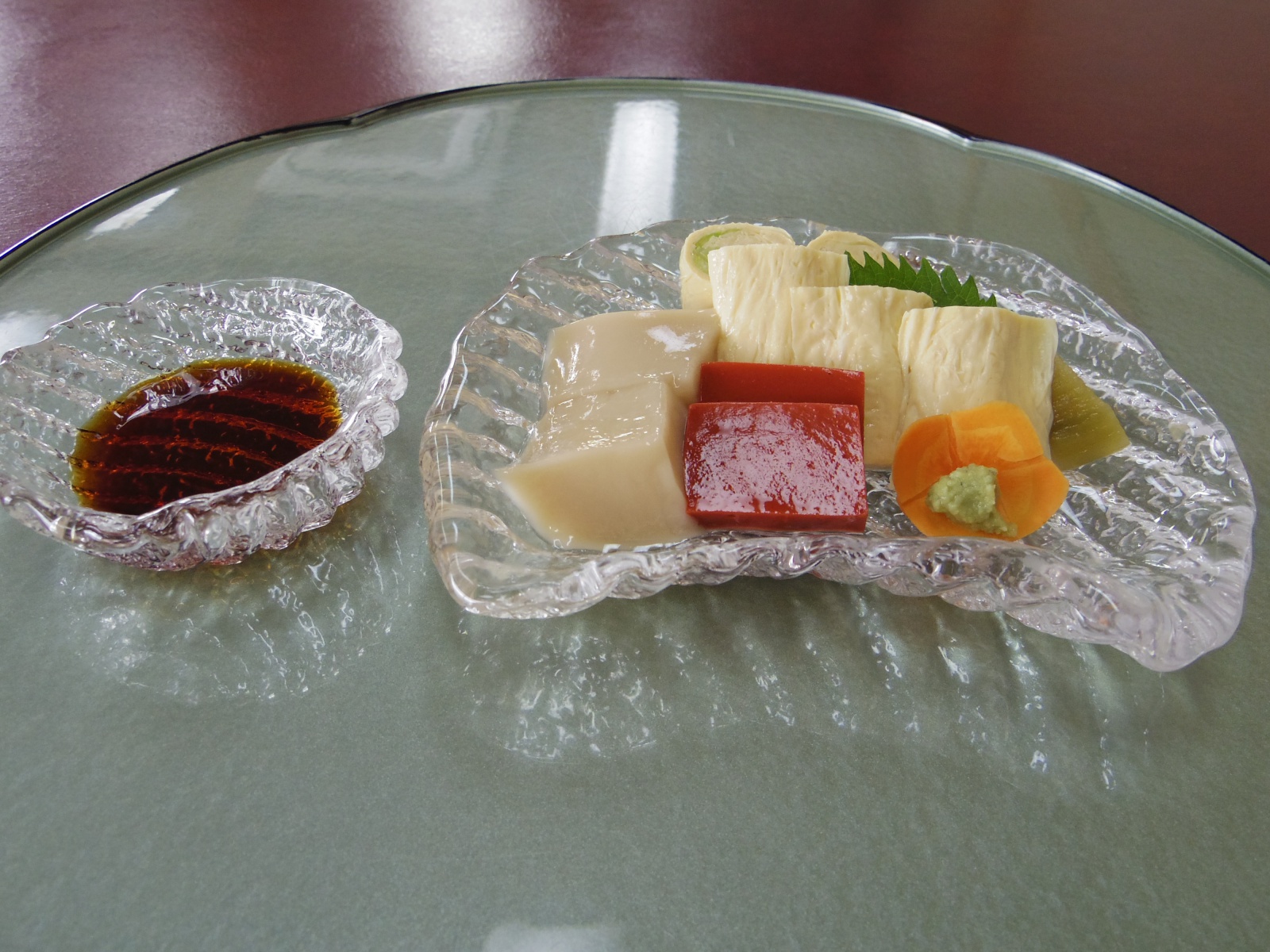 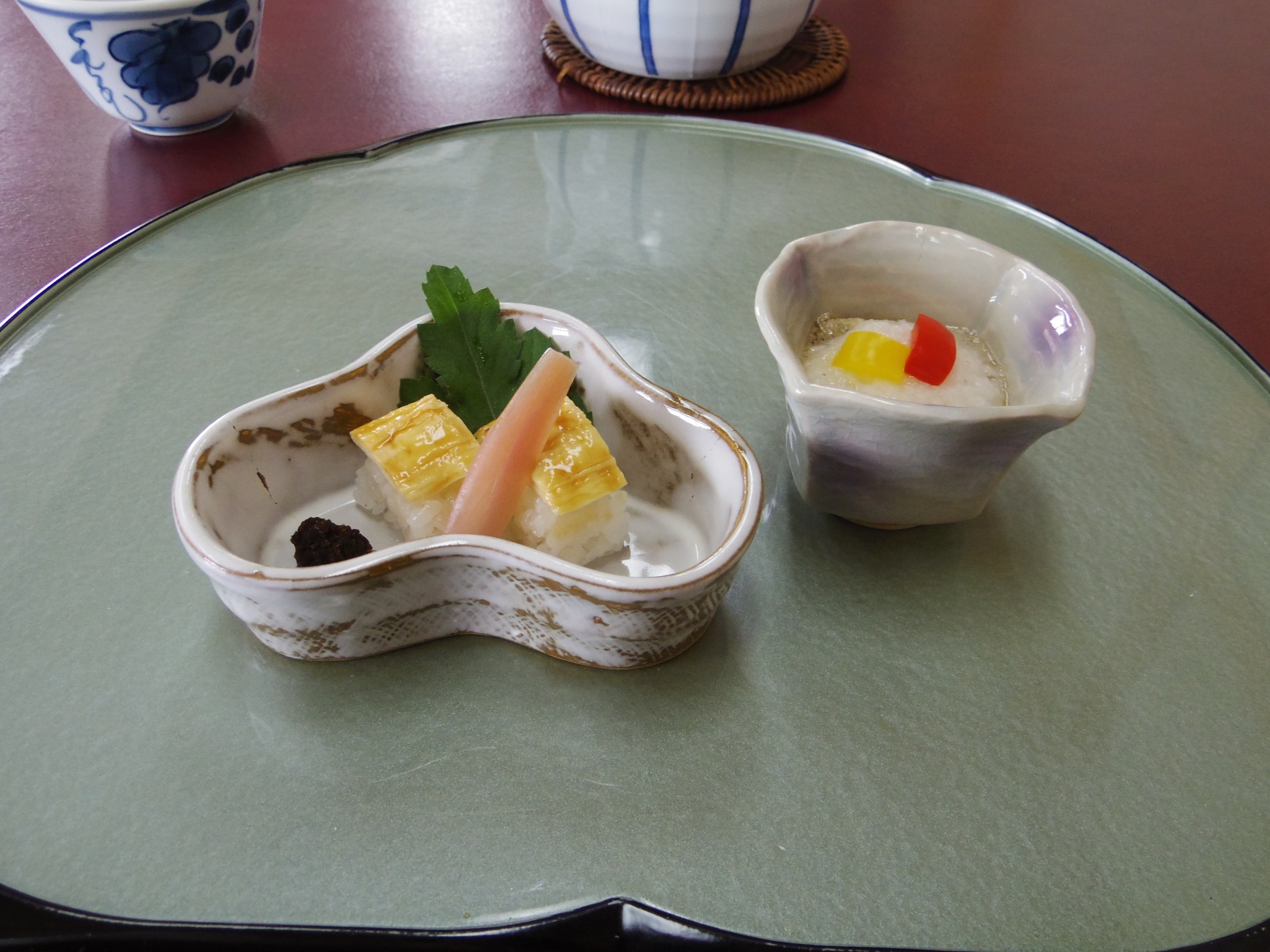 After lunch, we went to Kiyomizu Temple and Arashiyama. Both of them often appear on school excursions in anime. These remainded me of the school excursion of “Yahari, Ore no Seishun Rabukome ha Machigatteiru.” (The alias of this work is “Oregairu”.). Moreover, since they are famous as tourist sites, you can enjoy in a double way. It was fine weather when we got there. 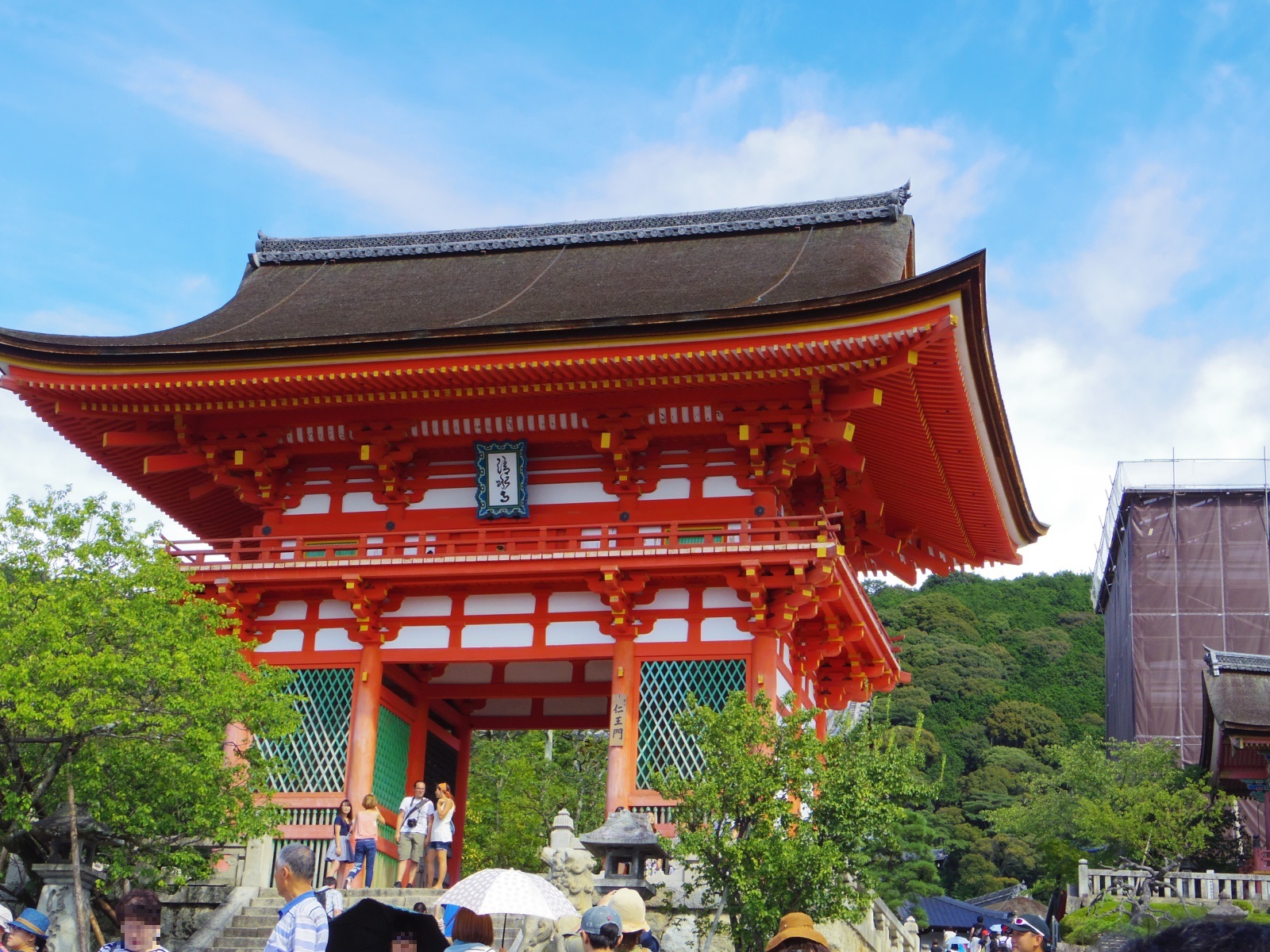 ↑ When I took a picture here, it was under construction. 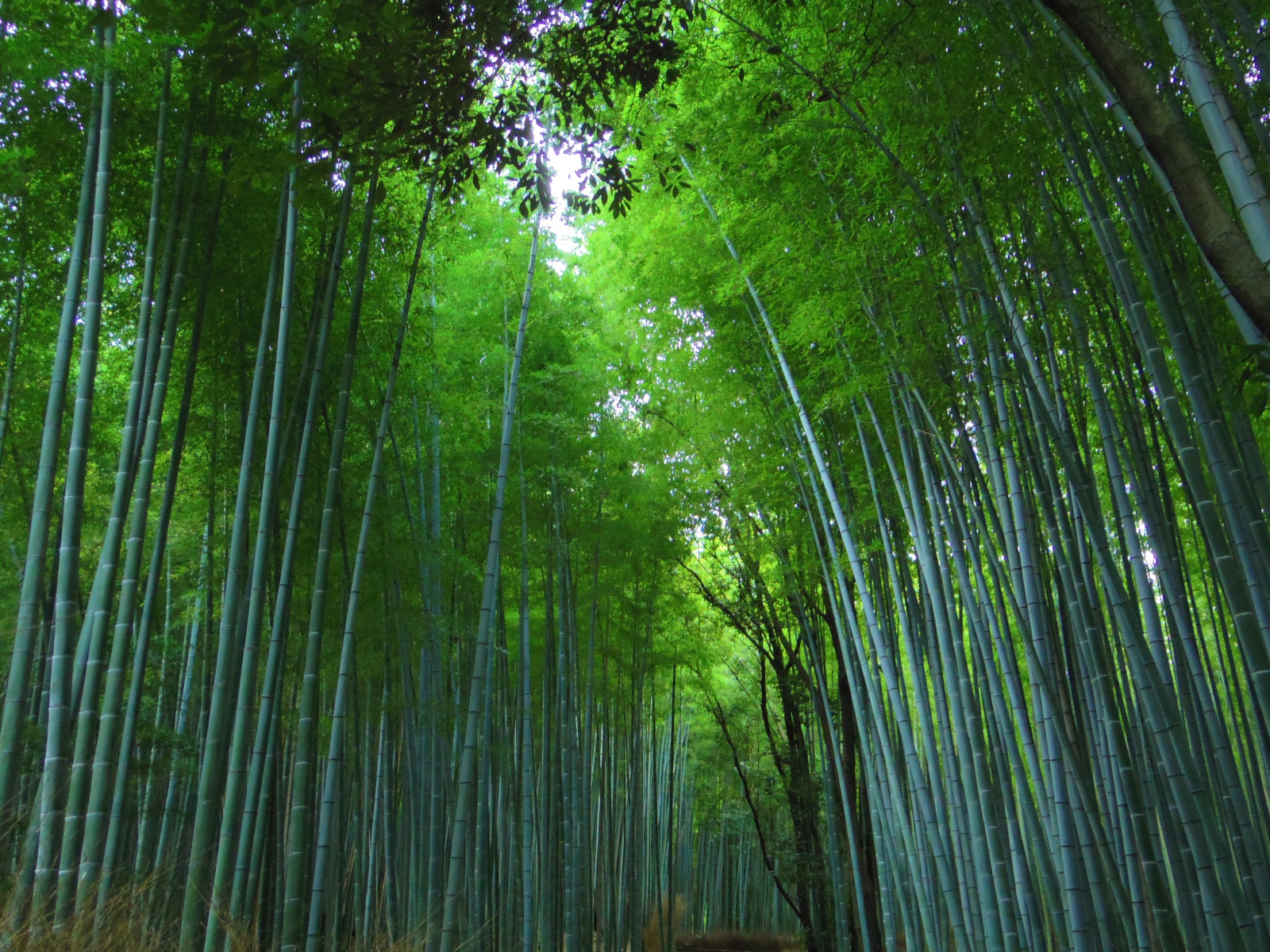 The shaved ice of Macha which I ate at Arashiyama was delicious, so I felt that my health improved.

Because the distance from Kiyomizu Temple to Arashiyama was long, we finished Shichi junrei on the first day and went back to the hotel.

On the second day, after breakfast, we left our luggages at the hotel front and went to Kyoto International Manga Museum.

There were manga drawn in several languages here. Many masterpieces of Showa and Heisei were also exhibited there. People who like manga should go there.

Here the shooting was forbidden by copyright. Please understand this.

We went to Kyoto Animation.

We bought free passes also on the last day, so We went to Kyoto Animation which was one of our pleasure. It was supposed to be there at 4 minutes on foot from Kibata station on Uji Line of Keihan Train, but it took us 15 minutes to get there because the way to go there was difficult to find. ↑ Scenery from Kyoto Animation shot from outside

Now that the new building was built, it has a beautiful appearance.

I bought a clear file at the store inside there.

Since “Free!” was popular at this time, there were many goods related to “Free!”.

Finally, we went to Fushimi-Inari Taisha familiar with “Inari, Konkon, Koiiroha”. We stayed until the time of the return plane. Many foreigners came there. There were many places that appeared in the work, so we enjoyed Seichi junrei.

There were a lot of cats around the Torii. 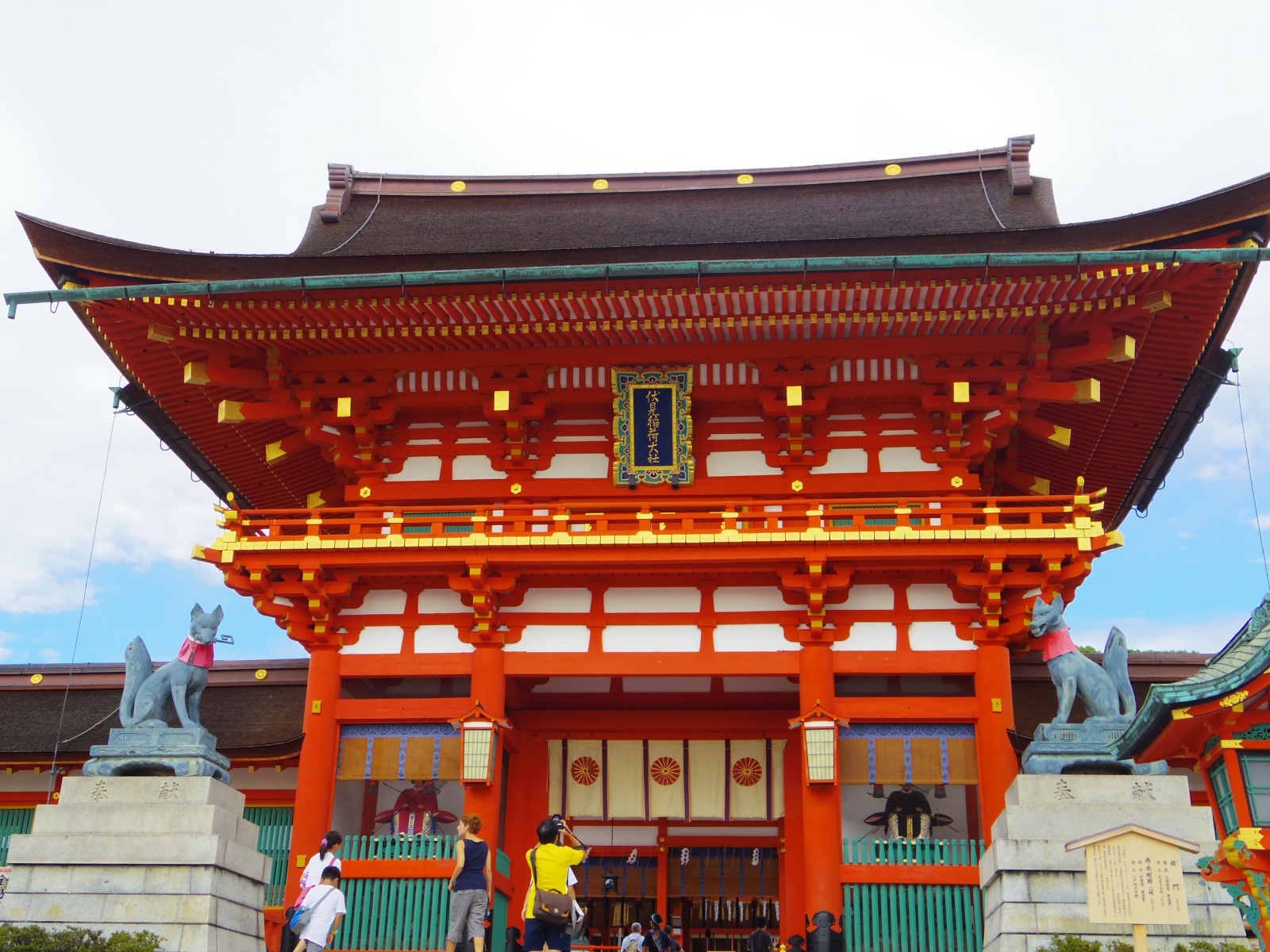 ↑ The movie of the opening I think it was a fulfilling Seichi Junrei for two days. There were lots of delicious foods in Kyoto so I took a lot of pictures of foods.

Next year We would like to do Seichi junrei of “Sound! Euphonium” and “K-ON!”.

Let’s meet in the next Seichi junrei diary.